Congratulations to our Syntax pupils.

We are extremely pleased with our GCSE results this year. Our pupils have coped well with all of the changes to courses and grades obtaining excellent results. 81% of pupils secured a Grade 4 and above in both English and Maths, with 61% achieving Grade 5 and above in both subjects. 84% of the pupils achieved at least 5 A*-C/9-4 grades, with 79% achieving 5 A*-C/9-4 grades including English and Maths. This is a significant improvement on last year’s results.

Along with the successes in English and Maths, our individual sciences all achieved over 70% A*/A grades, while French, Geography and RE all achieved over 80% A*-C. The percentage of boys achieving the Ebacc has risen to 44% from 27% last year.

36 pupils have achieved at least 8 A*/A [7-9 in English and Maths] grades, again a significant increase on last year. Four boys, Matthew Acevski , Anthony Newman, Andres Perez Fadon and Christopher Roberts all achieved 11 A*/A [7-9] grades. Another ten boys achieved 10 such grades.  Carlos Geoghegan achieved 2 8s, 7A*s and an A, while Danny Given achieved 2 8s, 6A*s and 2 As.
A number of boys achieved a grade 9, the new highest grade, in English and Mathematics. In both subjects the numbers were well above the national average. 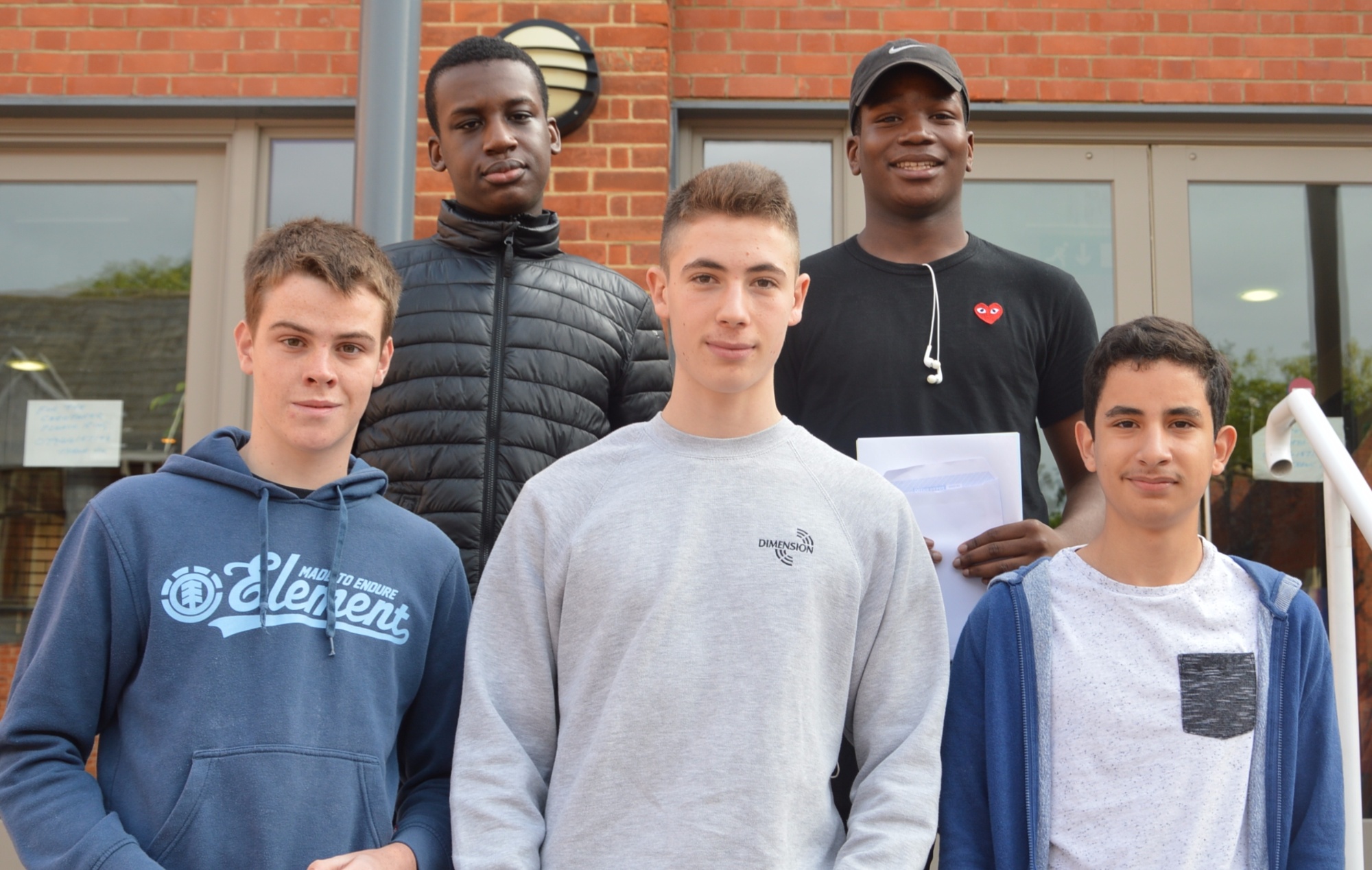 Head Master, Adrian Laing said ‘Congratulations to all of the boys who have received their results today.  The boys have worked hard all year and thoroughly deserve the results that they have obtained. It is credit to them that they have been so successful academically while still being involved in the many extra-curricular activities available to them. We look forward to seeing their continued success in their future studies and careers.  The excellent results are a fantastic way to draw the College’s 125th Anniversary celebrations to a close.’