Nicholas Owen was a Jesuit Brother (i.e. he joined the Jesuits but was not ordained a priest). By the nature of his work he was a mysterious character and very little is known about his early life. Unlike many of our other house saints he was not one of the leading intellectuals of his age, though that is not to say this was not an exceedingly intelligent and skilful man. 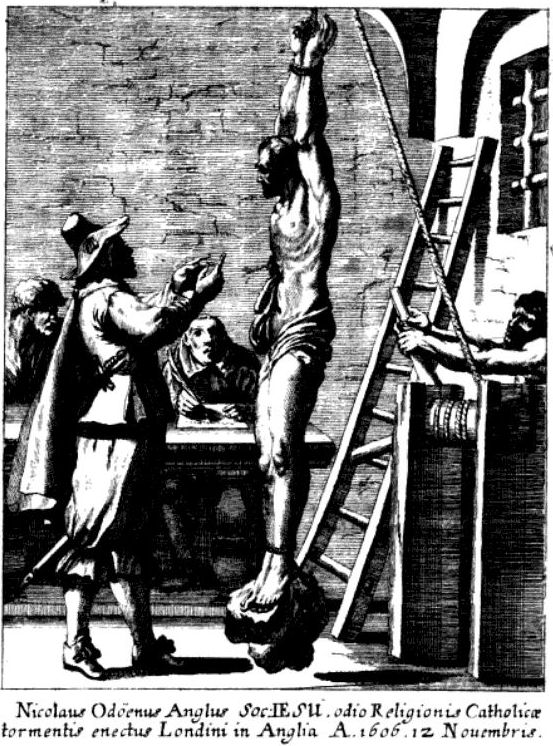 The likes of Edmund Campion and Robert Southwell, as well as many other Jesuits and secular priests owed their lives many times over for the hiding places the Nicholas Owen had craftily constructed.

Still today evidence of these ‘priest-holes’ can be found in some old estates. Nicholas Owen himself was captured on a number of occasions, but his appearance as a simple tradesmen led his captors to think him of little significance and they let him go.

He worked for over 18 years going about this work, a master craftsman ingeniously creating uniquely different hideaways, knowing that if one were to be discovered it must not give away any clues as to where others were. He was arrested for the final time when he himself came out of hiding to try and protect some others hiding nearby. This time his captors realised the man in front of them and knew that if they could extract the secrets he held then it would be a huge blow to the Catholic mission. 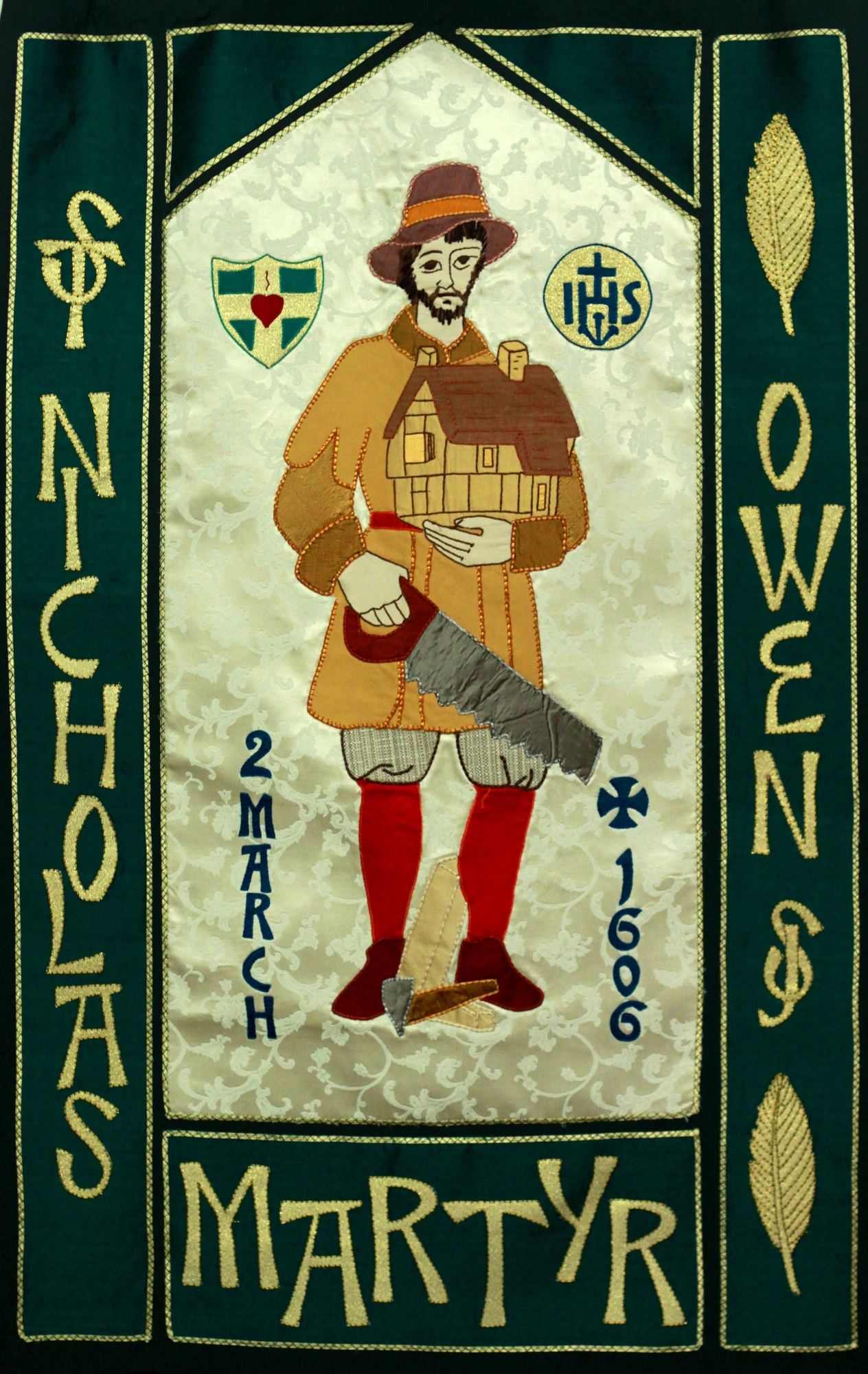 He was taken to the Tower of London and brutally tortured, on the rack an in manacles. So severe was his torture that it ruptured his internal organs and he died from his injuries. Even for this time this was a shameful thing for a torturer, who to defend himself initially tried to make out that Nicholas Owen had committed suicide. It is thought he died around the 2nd of March 1606.