Thomas More was a giant of his generation. He and Fisher are the two non-Jesuits among our house saints, and Thomas More is the only layman amongst our house saints (i.e. he was not a priest or religious brother). He studied law at Oxford, and was known as a leading intellect. He became a world famous author with the release of his book ‘Utopia’ which drew on his strengths as a lawyer, politician and philosopher.

Henry the VIII saw how impressive this man was and quickly appointed him to various posts, eventually becoming the Lord Chancellor. The King and Thomas More appeared to have a good relationship, but Thomas eventually felt he had to resign due to Henry’s increasing move away from the Catholic Church. Henry had himself been given the title ‘defender of the faith’ for his support of the Catholic Church but with the beginnings of the reformation in Europe and difficulties in Henry’s personal life, turned from defender to one of the fiercest opponents of the Catholic Church. 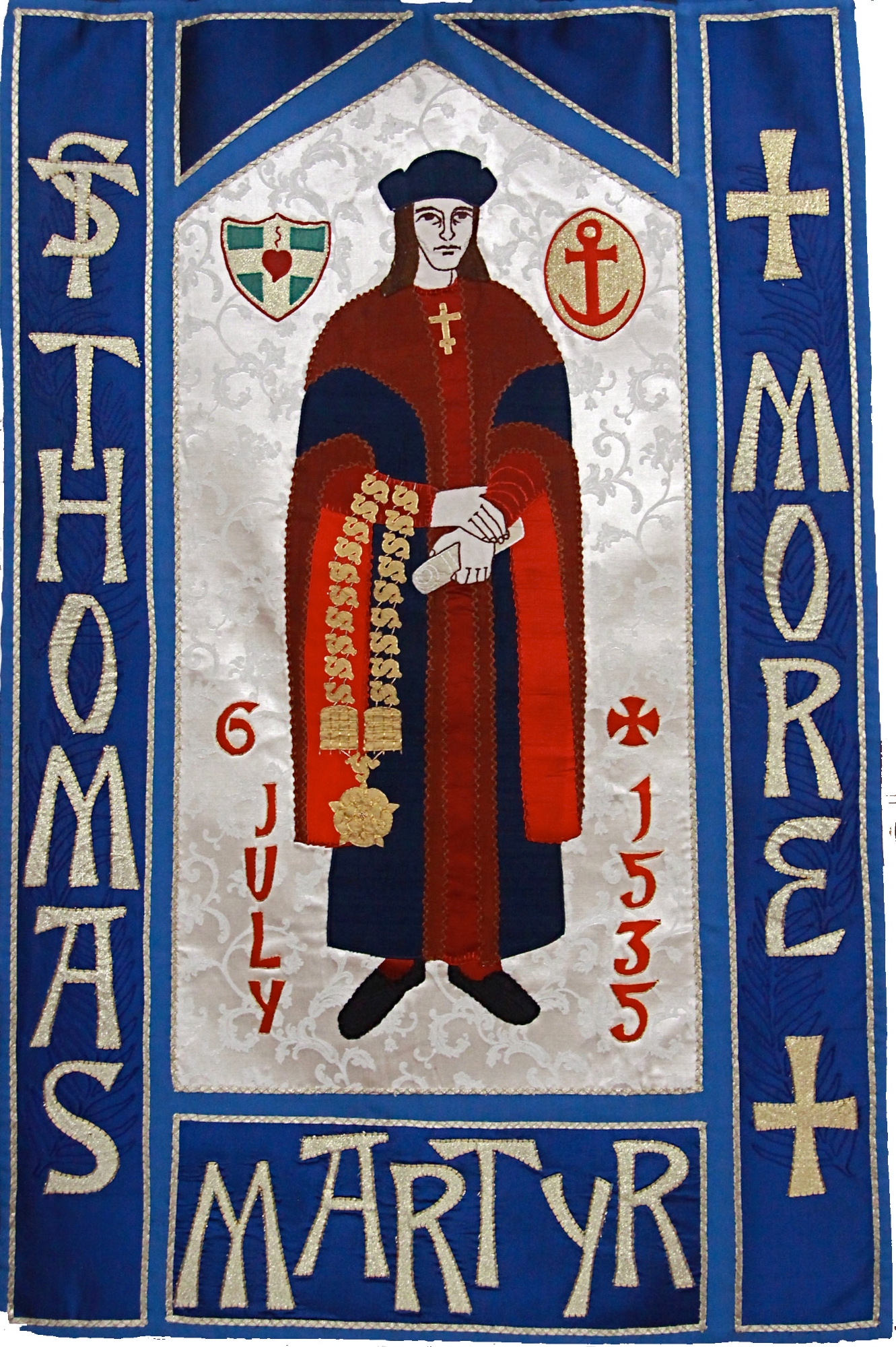 Thomas More felt he had to make a stand against this. Eventually, and possibly with some sadness on Henry’s behalf, Thomas was pressed to pledge allegiance to the King and when he refused he was imprisoned in the Tower of London. Over a year later he was tried and sentenced to be hung, drawn and quartered, but the King stepped in and changed his execution to the ‘nobler’ execution by beheading at tower hill on 6 July 1535. He is one of the most iconic Catholic saints of England.